Estadio Techo, one of the most important sports arenas of the country's capital, is currently being remodeled. This arena, which was initially inaugurated in 1950 as a racetrack, became a football stadium for local matches in the 1990s. With the recent designation (2007) as headquarters of the sports team La Equidad, the local administration saw the need to make important renovations in its infrastructure, with the aim of providing lighting and capacity to receive from 4000 to 23000 spectators. To this end, there are plans to build bleachers in the eastern, northern and southern sectors in addition to the respective lighting. INDUSTRIAS ECTRICOL, participates in this project through CODENSA Services through the construction, supply and installation on site of 5 electrical substations, in order to illuminate the football field. The set consists of MT air cells, dry transformers, low voltage switchboards and the distribution towards each of the lighting towers. As part of the integral solution it is proposed to deliver the electrical infrastructure under the "llave en mano" modality. This important project has been developed in an execution time of two months, to the date various details of civil works are being performed and it has been conducted with great success the first system energisation with excellent results, it is expected with great anticipation the remodeling' s inauguration over the second half of this year. 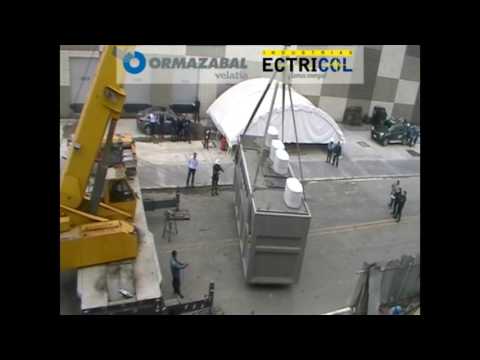